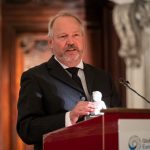 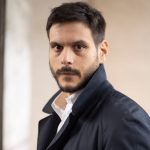 Francesco Figliomeni is an actor, a director and a drama teacher. He obtained the BA in Performing Arts at Link Academy (Rome) and the Diploma in Speech and Drama from the LAMDA. He studied with Giancarlo Fares, and Massimiliano Civica, among the others. He continued his education with Nikolaj Karpov, Jurij Alschitz and above all Anatolij Vasil’ev. He participated in Germany at the World Theater Training Laboratory, under the direction of Jurij Alschitz. Besides acting in Italy and abroad, he teaches drama techniques to the students of every age, from kindergarten to high schools, in different institutes of Rome. He’s also a member of Compagnia Ragli, that is in charge of the Artistic Direction of the Festival Mauro Rostagno – Diritti in scena. 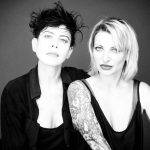 The Lucide are not ordinary artists, their work ranges between theater, dance, cinema, photography, and music, exploring sharp and satirical comedy as well as contemporary drama, always with a main focus on social commitment and cultural policy. Their artistic mark is strongly characterized by the ability to propose, through the use and mixing of the languages ​​of art, works of contemporary, everchanging quality, audacious and polyhedral, aiming to and betting on an irreverent communication, outside the box. 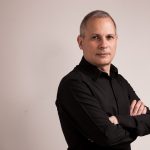 Francesco Frongia was born in Busachi, Sardinia, in 1962, but grew up and studied in Milan. After attending the Civic School of Cinema, he started his career as a video-maker. Then, he devoted himself more and more to theater directing, integrating the video language with theatre on stage in a personal way. A member of the Teatro dell’Elfo, Francesco signed numerous productions for their Milanese theatre company, and, since 2015, he has been the artistic director of the “New Stories” series. 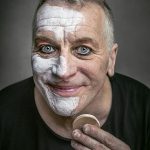 Bill Bowers As an actor, mime and educator, Bill Bowers has traveled and performed throughout all 50 of the United States, Europe, and Asia. His Broadway credits include Zazu in The Lion King, and Leggett in The Scarlet Pimpernel. A student of the legendary Marcel Marceau, Bill is hailed by critics as one of the great mimes of our generation.  An award-winning performer and playwright, Bill’s work has garnered top honors and rave reviews worldwide, including The Edinburgh Festival Fringe, International Thespis Festival in Germany, MonoMafia in Estonia, United Solo in NYC and Poland, the Fresh Fruit Festival, the Nature Festival of Korea, among others.  His original plays include All Over the Map, Beyond Words, Under a Montana Moon, It Goes Without Saying, Heyokah/Hokehay, Johnny Got His Gun, and The Traveler. 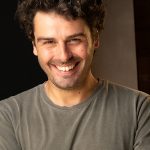 Alessandro Ienzi, is a human rights lawyer, founding director of raizes teatro, which promotes human rights through the arts. Winner of the International Human Rights Art Festival in New York, he supports lgbt rights, Freedom of expression, childrens rights, youth democratic participation with his theatrical and video productions. He staged his works in the US, in Africa and in the main European cities. 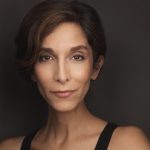 Pooya Mohseni is an Iranian American actor, writer, filmmaker and transgender activist. She has guest starred on Law & Order: SVU, Falling Water, Big Dogs and Madam Secretary and won the 2021 OUTFEST Best Performance award for the feature film SEE YOU THEN. She has appeared in the world premiere of the Lucille Lortel-winning play English (Atlantic Theater Company), Hamlet (Play On Shakespeare Festival), She,He,Me (National Queer Theater), Our Town (Pride Plays), Galatea (The WP Project), White Snake (Baltimore Center Stage), the  Audible production of Chonburi Hotel & The Butterfly Club (Williamstown Theater Festival) and is currently in the world premier production of The Sex Party in London (The Menier Chocolate Factory). She’s a member of the advisory council of Ackerman Institute’s Gender and Family Project.